Common symptoms are limitation of head movements, headache, tremors on the head, pain on the neck, a higher shoulder in one side of the body, the rigidity of the muscles of the neck, swelling of the neck muscles.

Causes: Also known as “torticollis”, the stiff neck can have different causes and is more common in women aged between 30 and 60 years. The leading causes are cervical trauma or bruising of the neck muscles. Other factors may cause stiff necks such as nervous system infections, neck tumors, and hyperthyroidism. 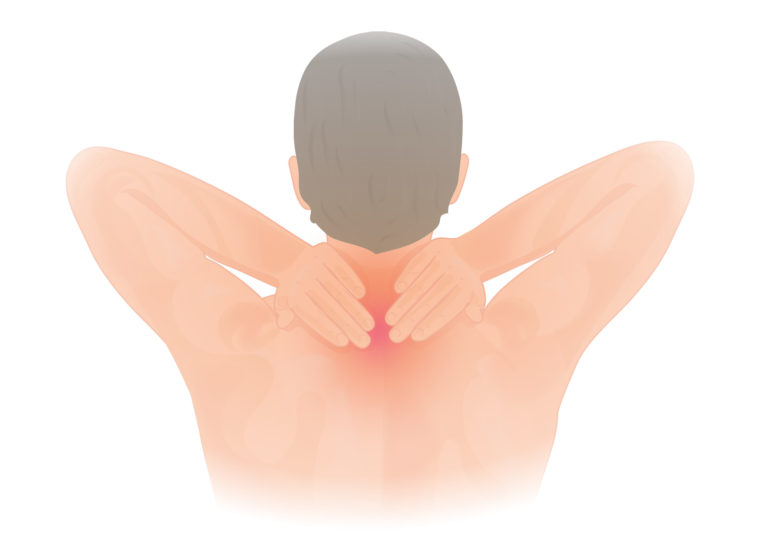 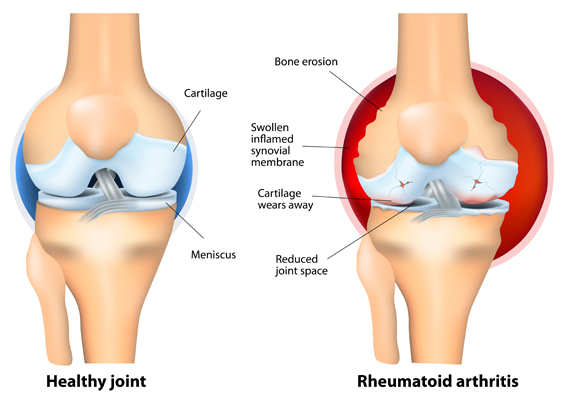 Common symptoms are vertebrae swelling, reduced movement, redness of the skin around the joints, morning stiffness, the increment of the temperature in the joint region.

Causes: Also known as “Cervical” arthritis, it is an injury of the inter-vertebral discs due to subtle trauma or repetitive micro-trauma, joint wear, bacterial infections, or crystal deposits.

Common symptoms are a pain in the back of the neck or the lower back, numbness in the upper or lower limbs, pain can also become worse by the end of the day. Swelling, heat, creaking, and limited movement in the affected joints are also common symptoms.

Causes: The primary cause of cervical arthrosis is natural joint wear and aging. When the synovial fluid exits from the joints causing degeneration of the synovial membrane, friction between the bones can cause severe pain and swelling, and the absence of joint mobility. Minor calcifications, called osteophytes, may cause the famous parrot’s beaks, which may have a hereditary origin, or due to poor posture, obesity, trauma, congenital anomalies, rheumatoid arthritis, diabetes, and thyroid hormone factors. 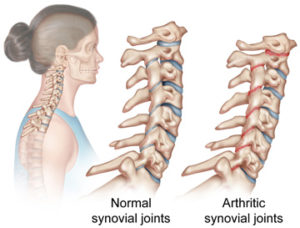 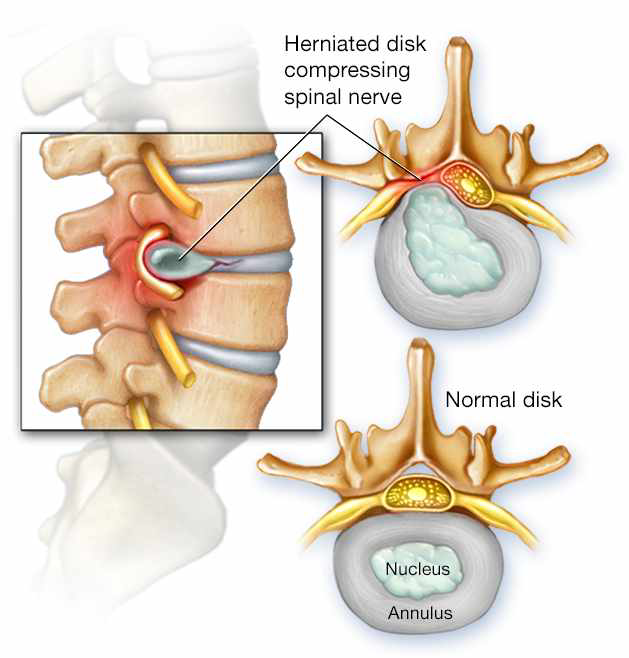 Common symptoms are radiating pain in the arms and shoulders, numbness in the arms or hands. Pain intensity can be acute, burning and easily identifiable. The principle complaint related to a herniated disc in the back is usually a very intense and radiating pain.

Causes: Disc herniation occurs when small microfibers that surround the nucleus of the vertebra rupture, causing loss of elasticity and flexibility, which can press the nearby spinal nerves, called radiculopathy, or pressure on the spinal cord, also known as myelopathy, described as all painful symptoms

The first signs of meningitis are typical of the flu and appear within hours to two days after infection. The main symptoms are sudden high fever, severe headache, stiff neck joints, vomiting, nausea, mental confusion and difficulty of concentration, seizures, drowsiness, photosensitivity, poor appetite, besides cracking and red spots on the skin.

Causes: The two most common forms of meningitis are viral and bacterial and can be developed by fungi as well. Viral meningitis is not so dangerous and common, and it often does not even require treatment. Contaminated food, water, or contaminated objects are the most common ways to get its transmission, especially between late summer and early fall. Bacterial meningitis is the most serious of all. It usually happens when bacteria enter the bloodstream and migrate to the brain. It may also happen after a head infection, fracture, or, more rarely, after surgery.

While fungal meningitis, although less common, can lead to chronic disease. The most common causes are chemical reactions, allergies to some medications, and some cancers as well. 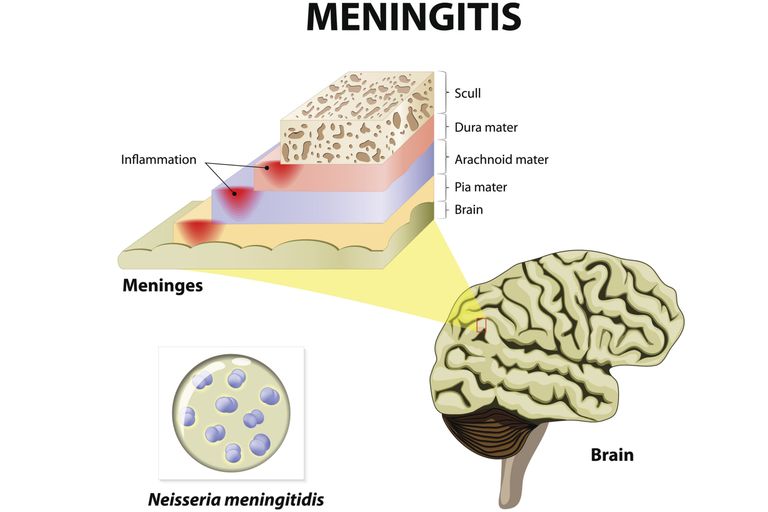 Reports from scientists at Northwestern Health Sciences University in the United States, including 272 from 18 to 65-year old who suffered from neck pain, found that chiropractic treatment had remarkably better results than just when treated with anti-inflammatory, pain relievers. or stretches; whereas, most pain in the cervical spine is due to poor posture, torsion of the spine itself, or trauma that led to minor vertebral dislocations.

It’s never too much to remember that during the acute phase of inflammation, the manipulation should be very light or zero. And an anti-inflammatory diet can also increase treatment efficiency, and just like chiropractic care, it should be applied in combination with prescribed medication and physical therapy.